Hullywood Icons bring the big screen to the city’s streets

You may have already spotted images of well-known movie scenes recreated across the city. But did you know that each of the characters, from Captain America to Napoleon Dynamite, was brought to life by residents of Hull and East Yorkshire?

Hullywood Icons is the brainchild of lens-based artist Quentin Budworth. Celebrating iconic moments from Hollywood films, the striking images featured in the Hull UK City of Culture 2017 opening event and can now be viewed as an exhibition.

We caught up with Quentin to find out more. 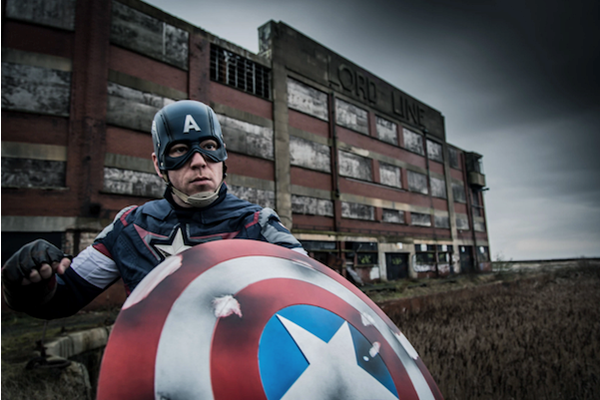 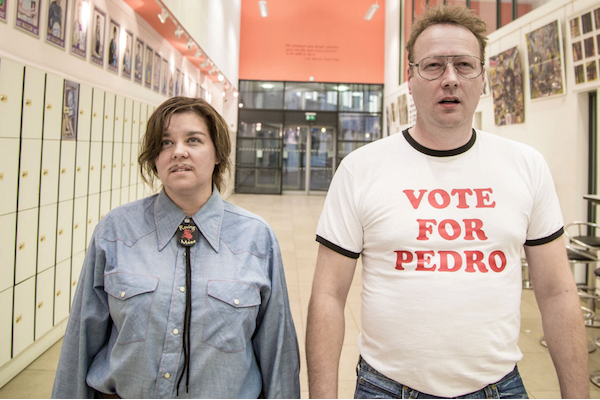 “It started with a simple notion and a play on words,” says Quentin. “What if Hull was really Hollywood and the people of Hull were film stars?”

“We’d have our own Hollywood but in Hull: Hullywood!”

Quentin had been thinking about using Hull as a movie set and visual playground for a long time. This would take the form of both a creative environment and an exhibiting space.

“The project and body of work involves the people of Hull in a playful way. Meanwhile, it allows me to create photographs that people can really enjoy.”

To Quentin, creating Hullywood as a concept and showcasing the work as part of the Made In Hull opening event made perfect sense.

“The people of Hull and East Yorkshire have really taken Hullywood to their hearts. Their enthusiasm, wit and creativity has been truly amazing.”

With residents from all backgrounds rising to the challenge, their imagination and humour abound in the famous yet familiar settings.

“There has been a huge level of engagement,” says Quentin with clear excitement. “People know that this is made by them for the city and the world to enjoy.”

“I get emails and Facebook messages every day pitching photo ideas and concepts. Plus everyone supplies their own costumes, it’s so collaborative!”

There are currently 220 Icons and still more to come, with Quentin aiming for 365. Some of the photos have a few participants, so there are around 120 images so far.

We asked Quentin for his top three favourites:

“What a question! I love all my babies, but if pushed I would have to say my daughter Amelia Rose as Girl with a Pearl Earring, Charles Huckvale and Bandanarama in The Wild One, and Andy Williams as Borat.” 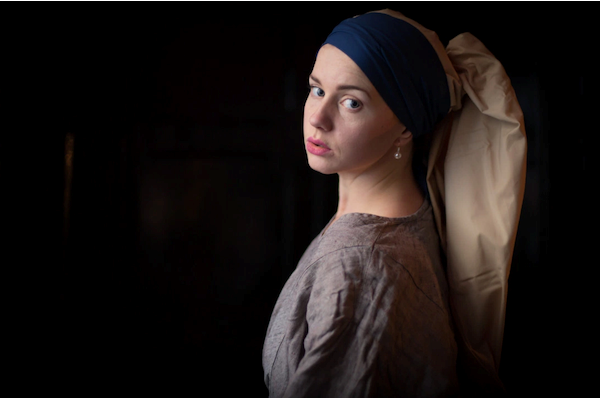 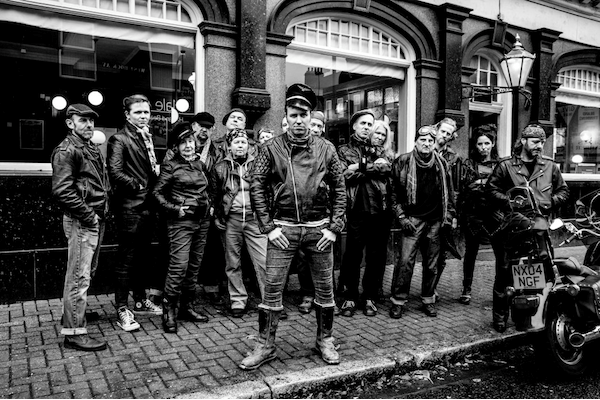 Charles Huckvale and Bandanarama – The Wild One 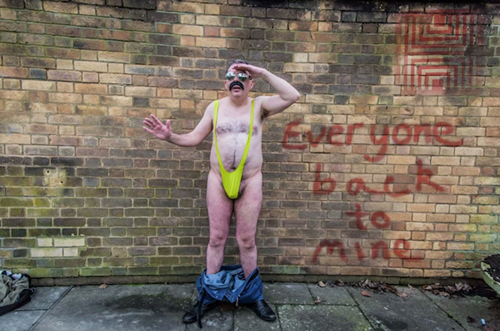 Many challenges and surprises have popped up during the making of Hullwood Icons.

Quentin tells us that the sheer number of people who came to see the live projections at Humber Street was mind-blowing. Considering that the population of the city is just over 250,000, Made In Hull received 360,000 visitors.

Meanwhile, the Hullywood Icons website had 12,000 hits on the day that Peter Levy featured as James Bond.

“I adored the beauty of the images when they were projected in Beverley Minster and Bridlington Priory,” says Quentin. “Plus the excitement of seeing them appear on national TV and in the Los Angeles Herald was incredible.”

It wasn’t just individuals that Quentin worked closely with to get the results he wanted, as many businesses also helped out on the project.

“Spiders Night Club, Wyke College, Hull Museums, Thieving Harry’s and many others were so supportive and helpful,” he says.

As for the rest of 2017, plans are afoot for something new:

“There could very well be a sequel,” says Quentin. “But first I need a rest, as I’ve been working on the Hullywood Icons pretty much every day since October!”

You can view these brilliant images at the HIP Gallery on the Harbour Deck of Princes Quay until 2 April. Opening times are 12pm-5pm Monday-Saturday and 12pm-4pm Sunday. Admission is free. 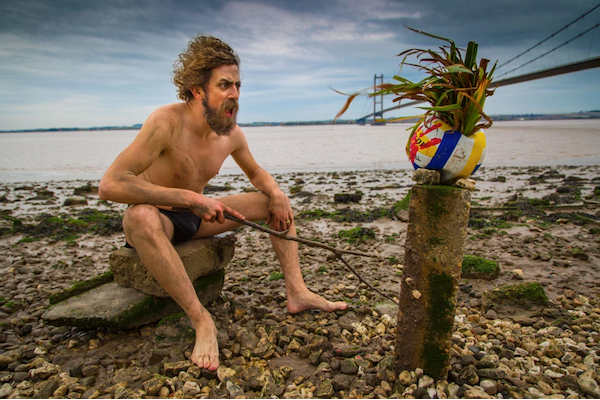