You may well recognise Paul Schofield, even if you haven’t had the pleasure of meeting him.

A fully qualified, freelance English Heritage Accredited guide, he completed a guiding course at The University of Hull and has been conducting tours of Hull and Beverley since 1988.

For his hard work, Paul has been presented with the inaugural Tourism Enterprise Award and the Extra Mile certificate by Hull City Council. More recently, he won the Remarkable Yorkshire Passion category at the Remarkable East Yorkshire Tourism Awards 2016.

With our role as UK City of Culture 2017 now in full swing, the city is expecting an influx of new visitors. We asked Paul to share a few local treasures that are included in his tours.

Located in the wall of the George Hotel, you’ll find what looks like an arrow slit. Despite being centuries old, it remains glazed to this day.

Reputedly a lookout window used by the stable boy when The George was a coaching inn, the stable’s entrance remains in the form of a large archway. The room behind the window is still there too.

Situated in the wonderfully named Land of Green Ginger (origins of the street name remain a mystery), many people see the plaque on the wall yet miss the window entirely.

There is a plaque by sculptor Harry Ibbotson located in Queen’s Gardens, unveiled in 1973. It pays tribute to Daniel Defoe’s fictional character, Robinson Crusoe, who set sail from Hull before his famous shipwreck.

The quotation on the plaque is taken from the novel: “Had I the sense to return to Hull, I had been happy”. The popular tale is based on the true story of Scottish sailor Alexander Selkirk.

Queen’s Gardens opened in the 193os after the filling in of Hull’s very first dock, which originally opened in 1778.

Another special plaque is located on the former Dock Offices down Dock Office Row in the Old Town area.

The Bounty was built in 1784 in one of the nearby dry docks. It was a cargo ship, purchased by Admiralty in 1787, but its infamous history is of course down to the mutiny against Captain Bligh in 1789. 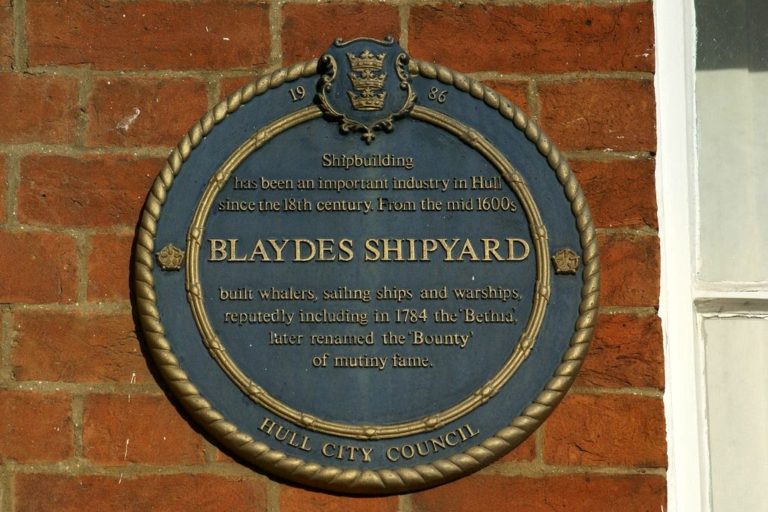 Located in the Guildhall, this beautiful artefact deserves to be seen by more people.

A modern-day tapestry, it was created between 1990 and 2004 by the Hull Tapestry Group, which consists of professionals and volunteers. Its 19 stitched panels depict over 700 years of Hull’s history.

It can be viewed for free Monday to Friday and presents an opportunity to see inside the magnificent Guildhall, which is effectively the Town Hall.

Located over the River Hull down Scale Lane Staith, this award-winning bridge opened in 2013. Its uniqueness lies in the ability to “ride” it as it swings open and close.

It was designed by architects McDowell and Benedetti, and built by Yorkshire firm Qualter Hall. As well as winning numerous awards, it was recently listed as one of the world’s top twenty bridges by Popular Mechanics.

The bridge was one of the locations for Spencer Tunick’s Sea of Hull installation.

Designed by Hull architects Gelder and Kitchen, this wonderful arcade opened in 1894.

An ornate Victorian shopping arcade, it was built for Leeds tailor Joseph Hepworth. What’s unusual is that it forms an L-shape, which greatly adds to its charm.

Marks & Spencer opened an early shop here in 1899. Since then, it has been the home of celebrated local traders, including Dinsdale’s Famous Joke and Trick Shop, which has been here since the 193os, and family-owned business Beasley’s Clothing.

Hepworth’s Arcade is Paul’s favourite building and never missed out during his tours.

Whether you’re visiting Hull or have lived here all of your life, we strongly recommend a tour. For more information and to book a place, please visit www.tourhull.com.